With the rise of new generation of consumers and the trend of consumption upgrading, we are stepping into an era of big brand failure. With the rapid change of consumer demand, the top brands are gradually replaced by new ones. According to IDG capital estimates, most of the existing brands will be replaced by new ones in the next 10 years, which may reach more than 50%.What's the real reason behind the fall of fast fashion? 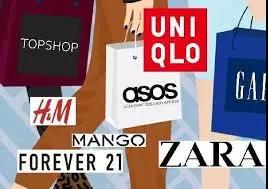 Zhou Chengjian, the founder of meites Bangwei, was born as a tailor and worked hard to make Meibang come into being. However, after Meibang reached its peak in 2011, setting a brilliant record of 10 billion revenue and 1.2 billion annual net profit, it went straight down and fell continuously, with a loss of more than 300 million in 2017.

Seven years later, the revenue of Meibang is about 67 billion yuan, which is far below the peak period. The market value of Meibang has shrunk by 80%, and the stock price is more than 2 yuan. Zhou Chengjian has repeatedly stressed in an interview with reporters that he doesn't know fashion, "I want to be a tailor all my life.". When Meibang is in trouble, the prescription is to find the tailor.

As the classic text of ZTE department store says, "cultivate temperament in the clothing store and show clothes in the bookstore.". Clothing is the psychology of fashion and the theory of social culture. Product quality and cost performance are basic, but the key to successful marketing is to meet the psychological needs and personality of users. Therefore, under the attack of Zara, H & M and UNIQLO, Meibang was defeated.

With the rise of new generation of consumers and the trend of consumption upgrading, we are stepping into an era of big brand failure. With the rapid change of consumer demand, the top brands are gradually replaced by new ones.

According to IDG capital estimates, most of the existing brands will be replaced by new ones in the next 10 years, which may reach more than 50%. In the traditional marketing industry, P & G, once revered as a deity, has been declining continuously, and the myth is no longer there. In March this year, even the embarrassment of P & G's delisting (although later proved to be just a misunderstanding) came out. Haifeisi, Piaoyou and panting once occupied more than 60% of the market share of the Chinese market, and now they have dropped to 30%.

This is what Theodore Levitt pointed out: marketing myopia, which only focuses on the production and promotion of specific products, but does not understand the real needs of consumers. So in the five forces model, Michael Porter warns enterprises not only to focus on themselves and existing competitors, but also to focus on substitutes, potential entrants and upstream and downstream. Today, there are many enterprises, not defeated by competitors in the industry, but from unexpected corners. Master Kang's decline is not caused by unification, but by the rise of meituan, the delivery platform, and Yiyao, the replacement of instant noodles. P & G's decline is due to the decline of its upstream TV media and downstream large-scale supermarkets.

Therefore, it is very important for new brands to accurately define their target groups, consumption scenarios, user experience and social relations.VR fashion design Marketing starts not with products, but with users.

Li Ning once called out the slogan of "post-90s Li Ning" to attract post-90s consumers, and directly and roughly declared that Li Ning is a brand belonging to the post-90s. However, the post-90s did not pay the bill, Lining also offended the post-80s of the post-80s of the post-80s of the 70 's, lost his wife and folded his army, falling for many years in a row. Until Li Ning went to New York Fashion Week and took up the banner of national fashion, this time the post-90s really paid the bill. Why? Because Li Ning understands what young people want to express, what style and personality they want, and what changes have taken place in their society.